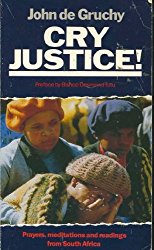 “Christians are citizens of two kingdoms. Our ultimate loyalty is to the God of the nations, not to any particular nation. We are most patriotic when we love our country so much that we refuse to allow it to become absolute in our lives. Wed accept its guilt and failures as our own, but we refuse to accept things which are wrong and unjust. We are prepared to be ostracised by society for the sake of society. Our loyalty to the God of the nations makes us deeply concerned that our country should exhibit that righteousness which alone exhalts a nation (Proverbs 14:34). In seeking to be true patriots, Christians have seldom been popular. Like Jeremiah the prophet they have even been called traitors (see especially Jeremiah chaps. 28 and 37).

“Every nation develops symbols, such as national anthems, which unite it in a common purpose. These symbols are important and can enable a nation to flourish justly and wisely, drawing on its collective experience through the centuries. The danger is that sometimes these very symbols become idols designed to glorify the nation and justify its deeds whether right or wrong, or that the symbols themselves become substitutes for reality.

“Many nations have regarded themselves as specially chosen, not to serve but to rule. Many nations have believed in a manifest destiny that gave them special rights over others. Patriotism thus becomes individual selfishness writ large; it is group egoism. National symbols have given powerful, emotive expression to this conviction. When this happens it makes the nation an end in itself demanding absolute loyalty. This the Christian cannot give, for absolute loyalty belongs to God alone. The true calling which God gives to any nation is a vocation to serve others; the only anthem that should be sung is that which glorifies the creator who is the king, redeemer and judge of all nations.”

I’m a native North Jerseyan, living and learning in Eastern Europe…Old Testament professor, ordained minister, occasional liturgist…husband to Corrie…father to Daniel and Elizabeth.
View all posts by Benj →
This entry was posted in Bible-Theology, Culture-Economics-Society. Bookmark the permalink.