My review of Sara J. Milstein’s Tracking the Master Scribe has been published in the most recent issue of Canadian-American Theological Review. Here is an excerpt from the conclusion, but you should subscribe to read the full review and all the excellent articles in the journal!

Biblical scholars and informed lay readers interested in literary structure and comparative studies will find much to appreciate about Milstein’s book. Theological readers will find in Milstein’s work and the stream of books on textual development of the Hebrew Bible an important reminder—dare I say, a corrective—concerning the significance of diachronic studies for theological readings of the Hebrew scriptures, amid the recent turn toward “Theological Interpretation” and other synchronic readings. In particular, Tracking the Master Scribe has drawn attention to the significance of introductory material in framing the body of a text—as a complement to significant studies that focus on narrative endings.

Even the reader who does not share all of Milstein’s conclusions will appreciate her contributions to close readings of the texts and her compelling comparative evidence from Mesopotamian literature, which remains relevant to non-diachronic readings of biblical texts. Finally, Milstein is a genuine pleasure to read for her brevity, her style in prose, her sense of humor, and the clever stories and sayings that frame the chapters—usually as part of the introduction, of
course. 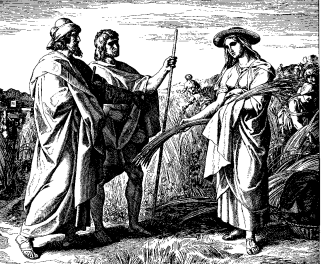 END_OF_DOCUMENT_TOKEN_TO_BE_REPLACED

Sermon: The Mother of All Who Believe

END_OF_DOCUMENT_TOKEN_TO_BE_REPLACED 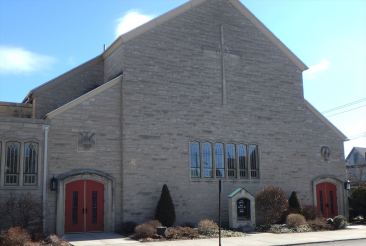 This is the video of a devotional recorded for our sisters and brothers at First Presbyterian Church of Endicott, NY entitled, “Think Local”; the text was Philemon 10–12. I plucked up my courage (or perhaps chickened out—you decide) and addressed the meta-issue of Christian engagement with the world.

Sermon: His Delight Is in YHWH’s Law 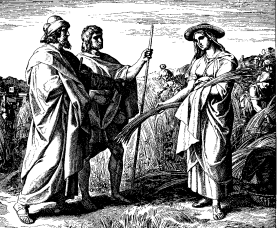 END_OF_DOCUMENT_TOKEN_TO_BE_REPLACED

Legaspi on the Academic and Scriptural Bibles

“I believe that the scriptural Bible and the academic Bible are fundamentally different creations oriented toward rival interpretive communities. Though in some ways homologous, they can and should function independently if each is to retain its integrity. While it is true that the scriptural reader and the academic interpreter can offer information and insights that the other finds useful or interesting, they remain, in the end, loyal to separate authorities. I grant the moral seriousness of the modern critical project and, to a modest degree, the social and political utility of the academic Bible. I also grant the intellectual value of academic criticism. A rational, irenic study of the Bible supported by state resources and disciplined by academic standards cultivated across a range of fields has produced, in a relatively short time, an astonishing amount of useful information. It has become dear, though, that academic criticism in its contemporary form cannot offer a coherent, intellectually compelling account of what this information is actually for. What critics like Collins have done as a result is to shift the rationale for modern criticism away from the intellectual and back toward the social and moral. There is value in the social and moral by-products of academic criticism, in things like tolerance, reasonableness, and self-awareness. The problem is that these rather thin, pale virtues seem only thinner and paler when compared to the classic virtues associated with the scriptural Bible: instead of bland tolerance, love that sacrifices self; instead of an agreeable reasonability, hope that opens the mind to goodness and greatness that it has not yet fully imagined; and instead of critical self-awareness, faith that inspires and animates the human heart. Academic criticism tempers belief, while scriptural reading edifies and directs it. In this sense, they work at cross-purposes. Yet each mode presumes the value of knowledge. Perhaps the two are closest, then, when in that brief moment before thought recognizes itself, the mind wavers between words that have suddenly become strange, and knowledge is a choice between knowing what the text said and knowing what the words might be saying. It is a choice, at such a moment, between the letter that has been revived and the letter that never died.”

Sermon: “I Have Been a Sanctuary”

END_OF_DOCUMENT_TOKEN_TO_BE_REPLACED

I’m pleased to announce the publication of a handbook chapter that I’ve coauthored with Jon P. Radwan of Seton Hall University:

END_OF_DOCUMENT_TOKEN_TO_BE_REPLACED

This is the audio (14:59, 20.5 MB) of a sermon preached at LCC’s International Christian Fellowship entitled, “The Book of Esther,” at our Sunday evening communion service on February 9. We read the entire book of Esther in a traditional way, with lots of cheering, booing, groggers, and stomping.